REVIEW for Demon by Harley Wylde 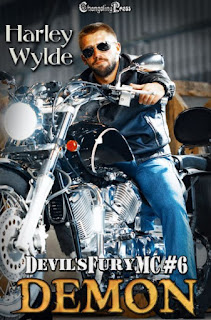 Farrah -- I’ve spent my entire life at the Dixie Reapers MC compound -- one of the perks of being the VP’s daughter. Except it’s suffocating. Leaving to start a life of my own was the only solution. I knew what it would mean if I went to the Devil’s Fury MC compound, even more so to flirt with their Sergeant-at-Arms. Getting involved would ruin the little bit of freedom I’ve found. Then I ended up in the man’s bed. Leave it to me to find trouble around every corner. My daddy is going to be so pissed, especially when I run from Demon, get snatched off the streets, and shoved into a trunk. I’m not winning at the adulting thing.

Demon -- She was a one-night stand. Until the condom broke. Then I found out she’d lied to me. The hot little number in my bed wasn’t just any woman, she was the daughter of a Dixie Reaper. Maybe I shouldn’t have barked orders at her, or spanked her. Feisty little Farrah ran, pissing me off even more. When she disappeared and I realized trouble had found her, I knew I’d do whatever it took to make sure she was safe. Only after I had her back did I realize she was f**king perfect for me. Watching her handle the club wh*res was hot as hell, and she didn’t take sh*t off anyone.

I’ll make her mine -- permanently.

WARNING: Demon’s book contains graphic violence and sex, bondage, spanking, bad language, and scenes that may be difficult for some readers. But it also has a heroic dog and a man who will move heaven and earth to protect the feisty, smart-mouthed woman he loves. There’s no cliffhanger and a guaranteed happily-ever-after.

Every single book of Harley's I read I'm blown away at her character development. She get's the guys spot on and the girls, though in some kind of trouble, are no damsels in distress. They have spunk and they fight back. Her hero's are no white knights, but they definitely come to the rescue. Demon was no exception. He fucked up. Several times. But he did everything in his power to make it right. He also recognized their age differences played a big part in his fuck ups. She's much younger and, though she's lived in a club her whole life, sometimes those life experiences for Farrah work against Demon. He doesn't use that as an excuse, rather apologizes and does better. Well, after he has to run her down a time or three.

This book is very graphic, in both the sex and violence, as expected. The book, as well as the love Demon and Farrah share, is gritty. Which means it's not always very pretty. But it's strong. It's raw and powerful. All reasons to love this book.

YOU CAN BUY THIS BOOK HERE! 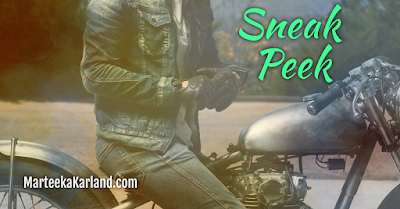 Stunner is coming soon... Are you ready? How about a little Sneaky Peek to get you in the mood?

“Stunner,” she whimpered. “Kiss me there.” Her words were mostly a whisper. Like she could hardly make herself say the words. Likely she had to really work at it. Or, hopefully, she was so lost in the moment she just let go. Stunner decided to push her a little. He knew what women liked. He just had to feel her out and discover what she liked the most. He suspected dirty talk would be a real turn-on for her. At least, if done gently.

“You want me to lick your sweet little pussy?” He placed a kiss just above her clit, teasing her with what the kiss could have been. “Want my tongue licking between your lips? Just like when I kissed your mouth?”

“Tell me what you want, baby. Say the words.”

“You can, baby. Tell me what you want me to do.” He did his best to calm his voice, so he sounded smooth. Like he’d practiced all the way here from Palm Beach. “I’ll do whatever you want, as long as you tell me.”

God! Could she be sexier? With a groan of defeat, Thorn did exactly as she asked. He licked her from opening to clit. Then again. Suzie thrashed in his arms so that he had to clamp his forearms over her thighs to keep her still.

Finally, he just set in to feast. He put his mouth over her whole pussy, sucking and lapping at the cream she gave him. It was like lighting a fire to the driest hay field imaginable. They were both engulfed in flames.

Suzie screamed, locking her ankles around Stunner’s neck, her fingers buried in his short hair. Stunner snarled and growled, licking her pussy like it was his first meal after a long fast. His arms clamped tighter around her thighs, holding her open to him. She bucked against him, rubbing her clit over his lips. Her pussy gushed at him. Stunner knew she was close. He wanted her there, but didn’t want her to fall over the edge. Not yet. Not until he was inside her.

He pulled back, much to Suzie’s dislike. She tried to hold him to her with her legs, but he ducked underneath. When she screeched at him -- something he’d delight in reminding her of later -- he batted her legs apart and wrapped her in his arms. Scooting them up the bed, he held her even tighter until he realized she might not be able to breathe.

“Then fuck me, Stunner. I’m hurting because you’re not inside me.”

How could he deny her?

Stunner had planned on taking his time. So far, he was able to pat himself on the back for a job fucking well done. But now, he was having trouble.

“I need to get a condom, Suz. You gotta let me go a second.”

“No!” She was breathing hard, sweat beading on her delicate skin. She moved her tiny hands to his face, cupping him firmly. “Nothing between us, Stunner. Just me and you. We don’t need anything else.”

With a quick nod, Stunner let his cock find the entrance to her wet little cunt…

And he slid home. 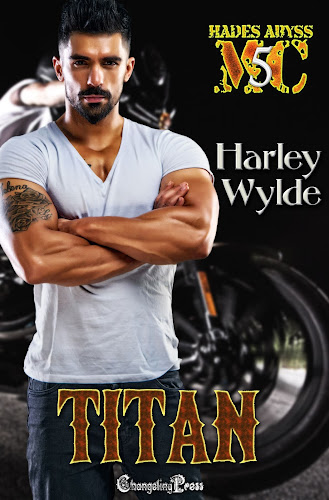 Delilah – I love my family. I really do, but having three older brothers and an overprotective father doesn’t make it easy to have a life. They’ve run off every guy I’ve ever tried to date. It’s time I made a life of my own, even if that means I have to leave home to do it. I never thought I’d end up in yet another town with a motorcycle club, or that I’d be working out of their clubhouse as a webcam girl. I enjoy the freedom, and the money. No one would ever believe I’m technically a virgin. I haven’t even been really, truly kissed much less done anything else with a guy before. When the club President, Titan, kisses me then issues a challenge, how could I possibly refuse?

Titan – I no longer looked at the girls frequenting the clubhouse the same way I had before. Being a dad changed my perspective, especially since I had a daughter. I still had fun, but it had lost it’s appeal. Then she walked in. Too young. Too innocent. Until she asked to join the webcam girls. The thought of strange men watching her made my hands clench. It was safer if only I had access to the feed, or so I told myself. Really, I’m just being a possessive bastard. Delilah will be mine, whether she realizes it or not. One kiss is all it takes for me to know she belongs to me.

WARNING: This book contains strong language, graphic sex and violence, and spanking. It also has a dog who’s too smart for his own good, a sweet yet sassy heroine, and a hero who knows there’s nothing more valuable than love and family. 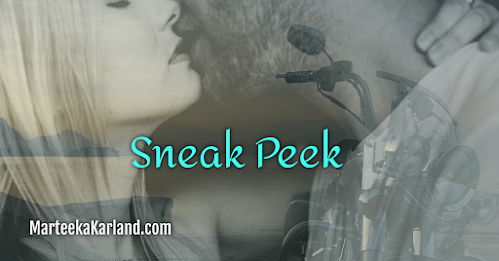 I knew she’d be mine. I’ve been waiting for her to grow up. Now it’s time to earn her… and claim her.

Suzie -- I’m the youngest grad student at MIT, and to say other students resent me for it is an understatement. To top it all off, I miss my Stunner. He’s been with me after the darkest moments of my life, helping me pull myself back together. He’s seen me at my worst -- now I want him to see me at my best. Now, if he’d just return my calls, I might be able to get myself around the mean girls (and boys) at school.

Stunner -- To say I’ve got ghosts in my past and skeletons in my closet is the understatement of the century. Suzie deserves a man more suited to her station than me, and she definitely deserves a man who’s not a stone-cold killer. I have my uses. Protecting her body, heart, and soul is one of those. I just never expected to fall for the woman after the girl grew up.

Now, not only has she run into a foul and vindictive motherf*cker, my past has caught up to me in a huge way, and there may be no way to keep from being swept back up into the madness. All I truly know is that I won’t let any of it touch Suzie. Even if it means giving her up. Forever.

WARNING: Explicit violence which could be triggers for some readers. Explicit sex that might offend some readers. As always, you can expect a HEA with no cheating.

Ladies... Allow me to introduce you to... 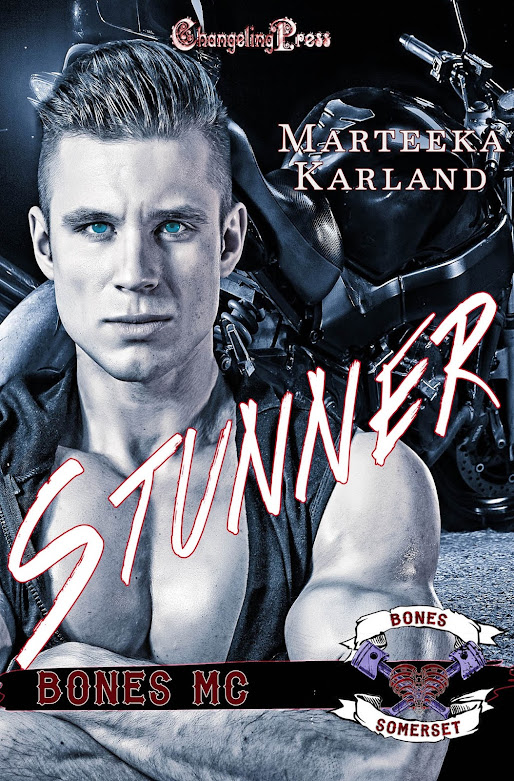 Coming to you on September 18 at ChangelingPress.com and other retailers September 24th... 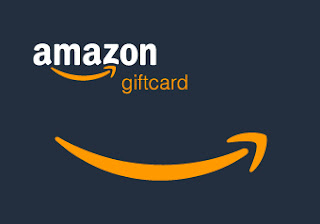 To celebrate the up-coming release, Marteeka is giving away a $10 Amazon Gift Card. Enter HERE for a chance to win!